How pitiful to witness a sister nation delivered into the clutches of Communism, hypnotized by the siren song of its Hierarchy… and of the one who sits in the Chair of Peter

Here is the question that Catholics around the world are asking us about the socio-religious scene of one of the most fervent and reactive Catholic nations in the world.

Within a few days, Francis will undertake one of his most vaunted journeys. For what reason? Half a century in which Marxist guerrillas soaked Colombian soil with innocent blood, of concessive policies that only resulted in worse disasters and the conciliatory illusions of the clergy, culminated in 2016 with a forced “peace process” for the sake of which it was necessary to make any sacrifice, even if this meant violating the most elementary principles of justice.

The Colombian people were preparing to take a decision on this fraud in a plebiscite, when the voice of Francis himself intervened in an entirely unexpected way. On the eve of the vote, the pontiff promised that he would visit the country if it would support the agreement with the subversive FARC guerrillas, accusing those who pronounce themselves against the state kneeling before criminals, of irresponsibly wanting to continue the war. A false alternative, which in a cunning way, led to a problem of conscience for Catholics.

When all the polls predicted an overwhelming victory for the “yes” of shame, the Colombians rejected this suicidal imposture and the misnamed “peace process” found itself frustrated overnight. Francis had to delay his promised trip…

It being confirmed that the voice of public opinion was clearly against such a farce, there was no alternative but to re-launch the said “process” through the deceitful silence of the most incisive voice on the Colombian scene – none other than that of the Ecclesiastical Hierarchy –, the tacit capitulation of those elements of the socio-political scenario that could have yet raised their voice against the intended deed, and finally, there were clumsy schemes, such as the granting of a clearly ideologized Nobel Peace Prize to one of the ostensive promoters of all of these concessions. And then, at last, Francis could visit the country…

Time goes by and the poor Colombian people seems to be embroiled in the same process denounced almost thirty years ago, in the mother country, through the historic work of TFP-Covadonga: España, Anestesiada sin percibirlo, amordazada sin quererlo, extraviada sin saberlo. La Obra del PSOE [Spain: Anesthetized unawares, gagged unwillingly, led astray unknowingly. The Work of PSOE]. In other words, it is a nation which, in large measure, is heading toward an abyss, without realizing it. Today these words could apply: “Colombia, anesthetized unawares, gagged unwillingly, led astray unknowingly…” but this is the work of whom? Of Santos? of the FARC? Of…?

“You were given the choice between war and dishonor. You chose dishonor, and you will have war.” This memorable phrase which marked the twentieth century was Winston Churchill’s remark to Neville Chamberlain, who considered to have achieved a political victory with the shameful Munich Pact, shortly before World War II. Upon analysis, the current Colombian reality is a sad throwback. The twentieth century will go down in history for its notes of collective irrationality. One of the most bewildering is this: a nation forced to accept a “peace process” with a criminal group, obliged to give it political space and to run the risk of seeing its internal social order thrown into irremediable confusion. How far will this go? We believe that the strong faith of the Colombian people will still be able to guide what remains of intellectual light among them, for how is it possible to comprehend what is happening? Let us imagine that tomorrow the European Union were to build a “peace process” with Islamic terrorism by giving it seats in Parliament and by integrating terrorists into the European continent without their being subject to justice for their crimes. Nowadays, would that not be taken as absurd? Well, if this is so in the Old World, which is already an apostate in practice, what to say of a similar situation in a nation that is vibrant for its massive membership within the bosom of the true Church of Christ?

However, as well described in the above-mentioned book, it is possible to lull a nation to sleep by means of a profound action on its mentality and tendencies. This is the only explanation for the self-confidence with which the FARC proclaims the ideology with which it intends to define itself as a political party. According to the Central Report to the Founding Congress of the New Political Party , through the mouth of one of its main spokespersons, the guerrilla and commander of the Caribbean Bloc, alias “Iván Márques,” clearly affirms that peace is not synonymous with an end to conflict. There has merely been a change of scene, from the wilds to the political field, however, the “the continuity of the social conflict” has been maintained, taking this new political juncture as nothing other than “the termination of the cycle of armed uprising and the beginning of a new historic phase” in which the goal of “definitively overcoming the existing patriarchal system” is upheld. Catholics will remember that one of the main goals of the FARC is to stimulate all polices contrary to the Catholic family, with the promulgation of gender ideology, abortion, etc. All of this with a view to finishing off with the “current capitalist order.” Therefore, it is the same anti-Catholic ideology that stirred them up in the jungle with rifles, for it violates the sacred principles of the family and of property, except that now it is achieved more quickly and easily.

Let us recall the metaphor on the cover, designed by Dr. Plinio, in the historic book of TFP-Covadonga “España Anestesiada…” [Spain Anesthetized]: a patient representing the nation, his features covered by heavy bandages, is anesthetized and submitted to a vile surgical procedure by a series of hands. It is indeed possible to accomplish a “psycho-surgery” on an entire people so that they accept any absurdity. And everything seems to indicate that an analogous process is being established on Colombian soil. Just as the Spanish nation in its day, and until today, it is now Colombia that is in the operating room, being manipulated by different hands, each one of which is responsible for a certain task. The most surprising feature of this case is something that did not exist at the end of the distant 1980s, when the legendary Spanish book was launched. Now another hand has entered, which, with demagogic expertise, plans to gain the confidence of the patient and that of the one responsible for administering the anesthesia to ensure that the operation of the change of mentality be a total success. Whose hand is this? It is not difficult to perceive…

There remains, however, a fundamental question: has the ‘anesthesia’ reached the point of definitively silencing the last reactions that could arouse the saving resistance? Where is the true faith, that is to say, the reason illuminated by faith, of the Colombian people? Let us not forget that “faith by itself, if it has no works, is dead” (Jas 2:7). It is not enough to have the faith to go to Mass on Sunday only to later betray it to support the sin of delivering an entire nation into the hands of the enemies of the Church.

The truth is that, in the midst of the mega propaganda operation undertaken by the Colombian government and the Episcopal Conference, aimed at selling us a united and happy country for Francis’ arrival in Colombia, we detect echoes that feed our deepest hopes that all is not lost. Thus, while sacred hands attempt to strangle the sheep and open the door of the sheepfold to assailants, the Colombian people, in the depths of their faith, know how to discern the true word of the Shepherd and to differentiate the wolves from the sheep, even when the former are dressed in the fleece of the latter… Not even all the media pressure will manage to bend the faith of a people who understands that the principles of Our Lord Jesus Christ are not sold at any price. And if it succeeded in carrying forward its epic of resistance against subversion for decades, it will now be capable of boldly opposing the wolves no matter how much they smell like sheep. And the resistance will be deeper and more efficacious in the measure that they have priests that are faithful to timeless doctrine, timeless morality, and to the teachings that we have received from Holy Mother Church.

“Priests who are in a variety of dioceses, whom I naturally cannot name, are in total disagreement with Francis’ visit; very many prayer groups and lay people are pledging prayers that he not come” (RCNRadio). These are the words of one of the many priests who are at variance with Francis’ trip to Colombia. And neither propaganda, nor the government, nor even the Episcopal Conference can silence the consciences of Catholics. Above all, as long as there are faithful priests who fulfill the role of being salt of the earth and light of the world. There are very many who oppose Francis’ visit because they know that it does not have a pastoral goal, but that it seeks to ensure the handing over of the country to subversion, and the handing over of consciences to a morality that is a far cry from that which it received from its forefathers.

People of Colombia! Arm yourself with the shield of faith and the sword of the Word of God, gird yourself with truth, put on the breastplate of righteousness and the helmet of salvation (cf. Ef 6:14-17). Be Catholic to the ultimate consequences, refuse any pact with the wolf. Fight the good fight of faith and expect from the Just Judge the reward that goes to those who persevere until the end! (cf. 2 Tm 4:7-8)
PDF Button 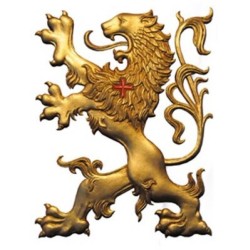